Prior to European contact, the Newe (Western Shoshone) and Numa (Northern Paiute) peoples were some of the most resourceful and culturally distinct peoples to inhabit the Americas.  Traditionally the Newe lived on lands stretching from Death Valley, California through central Nevada, to the northwestern corner of Utah and Southern Idaho.  The Numa occupied a much smaller territory that reached from just north of Owens Valley, California to parts of northwestern Nevada, southwestern Idaho, and southeastern Oregon.  The notion of the Newe or Numa belonging to a singular tribe or nation was created by Europeans. Typically, the Newe and Numa peoples would have organized themselves into smaller groups known as bands.  These bands were associated with either the foods they ate, specific materials that were present in the areas they lived around, or certain landmarks and/or geographic locations.

The Newe and Numa peoples were originally hunters and gatherers, who lived under the harsh conditions of the rugged and arid Great Basin.  To an outside spectator, many of their traditional ways of gathering resources and foods necessary for survival could be viewed as masochistic acts; however, the Newe and Numa peoples knew these ways to be commonplace.  Every person, including the women and children—with the exception of the very young—were expected to take on an equal share of the work as to ensure the well being of their family and greater communities.  In addition to communal efforts, both groups engaged in conservation activities in order to promote their survival.  Living in balance with their natural environments was perhaps the most fundamental part of Newe and Numa cultures.  Both groups practiced a number of ceremonies that reflected this value, like the Antelope Drive Ceremony–indicating whether or an antelope drive would commence—for the Newe and the Six Day Fall Festival—marking the beginning of the pine nut harvest—for the Numa.  The Newe and Numa also stratified themselves into small groups—sometimes even as small as the extended family—in order to prevent themselves from exhausting resources in any particular location.  These ways were passed down by their ancestors who, by archeological estimates, inhabited the Great Basin region over 10,000 years ago.

Over time and with the encroachment of invasive powers, like the Spanish Empire and the United States, many of the age old traditions of the Newe and Numa peoples began to disappear.  Europeans and Americans committed numerous atrocities against the Numa and Newe, including the decimation of their natural habitats and sacred sites; indiscriminate murder and enslavement of their peoples; and mass land theft.   Regardless of the heinous acts against them, the Newe and Numa peoples have remained remarkably resilient.  Even to this day, both groups are continuing to fight for those treaty rights broken by the U.S., the protection of their sacred sites, the revival of their language and cultural practices, and for the United States’ recognition of their sovereignty.

“You ask me to plow the ground.  Shall I take a knife and tear my mother’s bosom?  Then when I die she will not take me to her bosom to rest.” Wovoka 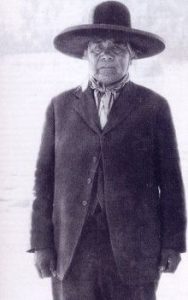