Over 5000 miles of routes, splits, and cutoffs made westward emigration across the United States, from Missouri to California, a challenge. In order to find their way out west, many pioneer parties hired mountain men and other experienced trappers or military men who had experience moving westward. The decision made all the difference for some, while it led to tragedy for others.

California Trail Guides Of The 1800s 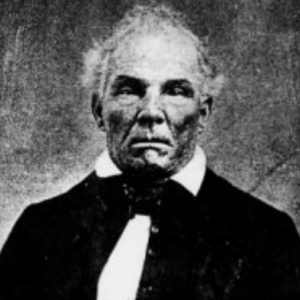 Walker & The Beginnings Of The California Trail

Benjamin Bonneville recruited Joseph R. Walker to join him and 110 other men in exploring the American frontier after he served as sheriff of Jackson County, Missouri. He was sent to explore the Great Salt Lake area and search out an overland route to California. This route eventually became the primary trail used by 49ers traveling to the gold fields of California during the gold rush.

Walker was also appointed chief guide of John C. Frémont’s third military topographic expedition in 1845. “He is a man of much natural ability, and apparently of prowess and ready resource.” – Captain Philip St. George Cooke 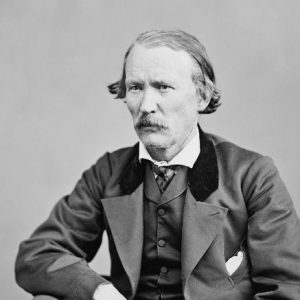 John C. Frémont was behind the success of the well-known mountain man, frontiersman, and guide, Kit Carson. He hired Carson as a guide in the 1840s as he traveled throughout the west, creating maps and commentary to encourage emigrants. As a scout and courier, he played a key role in rescue missions from California to Washington, DC, during the Mexican–American War. 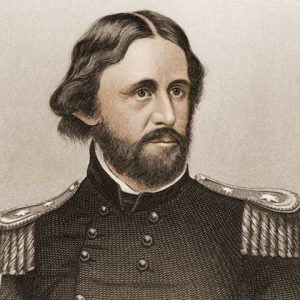 Apart from being a US Senator from California and the first Republican presidential candidate, John C. Frémont is best known as an explorer. Together with many of the most talented mountain men and fur trappers, he led 5 expeditions to map out and describe the Western United States. His work throughout the west earned him the title “the pathfinder.”.

Finding A Path For A Railroad

In 1847 Frémont hired “Uncle Dick” Wootton and “Old Bill” Williams to accompany him and 35 other men. They explored the terrain around the Arkansas, Missouri, and Kansas rivers in hopes of finding a path for a railroad connecting St. Louis and San Francisco. This search would continue years later during his 1857 expedition through the Rocky mountains.

Like John C. Frémont, Frederick W. Lander was hired by the US government to do topographical surveys, but these were specifically intended to find a route for the Pacific railroad. He attempted to uncover this route again on his own, but unsuccessfully. Fortunately, his efforts weren’t in vain. Thanks to artists involved in the Lander Road expedition, people were able to see some of the first images of the west. 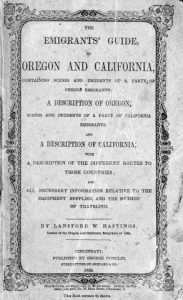 The Bad & The Ugly – Lansford Hastings

Now – the bad and the ugly of California Trail guides. By guide, this time, we mean The Emigrants’ Guide to Oregon and California by Lansford Hastings. Through this book, Hastings convinced the Donner-Reed party to an untried journey that ended in death and tragedy. He guides travelers down a road he had never traveled himself.

The Way Of The Book

Hastings later tried the trial he proposed in his book after it had already been in print a year. James Clyman, a real mountain man, and a guide accompanied him on this journey and vehemently tried to dissuade the Reeds from going along the book’s route on his return, with no success.

Get To Know The California Trail

The California Trail Interpretive Center in Elko, Nevada offers even more insight into how men and women traveled west. For more information about our latest activities and events, or to schedule a visit, contact us today.