At the California Trail Interpretive Center, we want to help you learn more about our trailblazing pioneers, like the Stephens Townsend Murphy party. This group was the first pioneer wagon train to make the long journey to California in 1844.

Though not as well-known as the infamous Donner party, they successfully made the trip two full years before the more tragic Donner party attempted it. 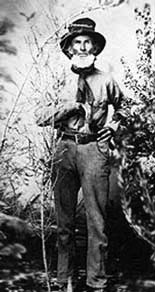 Setting out on May 22nd, 1844, the Stephens Townsend Murphy party included 11 wagons and a total of 50 people, including three men with mountaineering experience. One of those men was Elisha Stephenson, who would be named the captain of the wagon train.

They traveled with a larger party bound for Oregon until they reached Fort Hall. There they parted ways and continued on their adventure toward California.

Their journey was relatively peaceful and productive. They made good time, covered plenty of distance. They followed what is now known as the Humboldt River and met some members of the Paiute tribe. The chief, whom they called “Chief Truckee” told them about a river and pass through the Sierra Nevada mountains.

Trouble In The Mountains

Their start in late May meant they would reach the mountains dangerously close to the winter. In fact, they did arrive at the base of the Sierra Nevadas in mid-November. At this point, the passage was narrow and starting to be snowed in. So, the party split up.

Six young and healthy members left on horseback, hoping to reach Fort Sutter and bring back fresh animals and supplies. 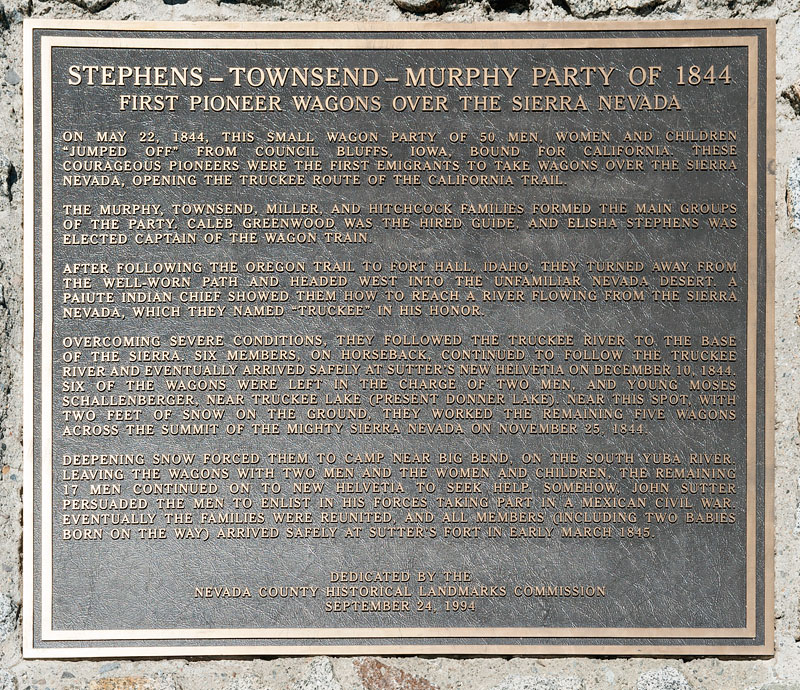 The rest of the party continued with the wagons on another route. They faced many hardships and had to leave some of the wagons behind. At one point, the pass was so narrow that only one ox would fit through at a time.

All the hard work and perseverance paid off, and they are credited with establishing the California trail route along the Truckee River and Donner Lake.

Some more interesting facts about the Stephens Townsend Murphy party include:

The Stephens Townsend Murphy party and many others have unbelievable tales to tell. Visit the California Trail Interpretive Center in Elko, NV and learn more about pioneers who dared the new journey west. Explore events and exhibits and watch the history of the trail come alive.

You can see a wagon train and learn more about Native American tribes and customs. Stop by today. The trail is waiting for you.

Due to a surge in postive Covid-19 cases in Elko County and the State of Nevada, we are being reverted back to phase 1 of Covid response and the Trail Center will be closed to the public until further notice. All programs will be cancelled for the time being. We apologize for any inconvenience.