In this year of the celebration of the 150th anniversary of the driving of the Golden Spike which brought the United States together by rail, it is well known that “hell on wheels” towns dotted the frontier, and that new businesses sprang up including mercantile stores, banks, saddle shops and of course saloons. Less well known is the fact that there were people who wanted to bring a little bit of “heaven” to these towns, in the form of thirteen chapel cars (3 Catholic, 3 Episcopal and 7 Baptist) that were also on the rails. Many of them followed the transcontinental railroad west between 1890 and 1954, serving Christian communities and planting new churches on the frontier. One of the chapel cars visited Elko, Winnemucca, Contact, Sparks and other locations in northern Nevada, and the First Baptist Church of Las Vegas was founded in another one.

Elko resident Wendy Bernhard has served as docent on the Chapel Car Grace in Green Lake, Wisconsin, and will show a DVD and speak from her experience about what she calls the best kept secret in American railroad and church history, including the uniqueness of this form of railroad car, its relationship to the railroad industry, and the conditions of life on the cars.

To register for a scheduled event or to find out more information, please email:

Events
Who We Are 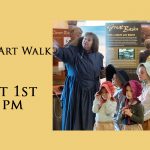 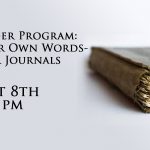 Jr. Ranger Program: In Their Own Words: Pioneer Journals 9/8/19