The Donner-Reed party is one of California’s most well-known and tragic events. Led by James Reed and George Donner, the party left Springfield, Illinois, on May 12th, 1846. 87 pioneers—including several large families—set off for a new life in California, journeying along the California Trail. Then, 81 of the original party members encountered extreme hardship and tragedy after becoming trapped in snowed-in Sierra Nevada mountains during harsh winter conditions. So, where was this winter camp, and just how bad was it?

There Were Two Encampments

The exact locations of the infamous Donner-Reed party campsites have been fiercely debated over the years. 60 pioneers camped west of Donner Pass near Truckee California, close to present-day Donner Memorial State Park at Donner Lake. The two Donner families and their teamsters—a total of 21 pioneers—were delayed by injury and were forced to set up camp at Alder Creek, north of present-day Truckee. 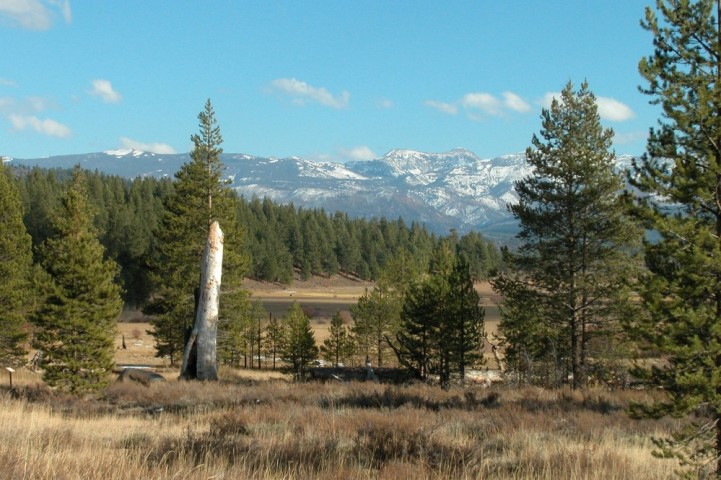 For decades, there was quite a bit of disagreement between various experts concerning the Alder Creek camp location. Many historians believe the camp was submerged under the Prosser Reservoir, which would mean its exact location had been lost forever. However, archaeologists believed the winter camp was located near Alder Creek, on the outskirts of modern-day Truckee. In 2003, researchers discovered the remnants of a charcoal burning fire and other fragmented relics associated with camp activity at Alder Creek, helping to pinpoint the Donner family’s location.

In a word, they were bleak. Only a few fragmented archaeological remnants have been unearthed so the picture is incomplete. However, some historical accounts from the survivors describe the desperate circumstances they found themselves in, like the cold and the snow that prevented them from building more shelters.

The larger camp hosted 60 people in three crude cabins and a lean-to. The Breen family stayed in one cabin, the Reeds and Grave families took the second, and the Eddy and Murphy families took up residence in the third. The Keseberg family stayed in a lean-to built against one side of the Breen cabin. These cabins were doorless and windowless, with large holes for entry and exit, and roofs patched with rawhide.

The Alder Creek Encampment Was Even Bleaker

The 21 pioneers trapped at Alder Creek constructed tents and a small pine tree structure. They covered the latter with branches, quilts, and buffalo robes. Seasoned wood was so scarce that they often went for days without fire.

Food Was Scarce Even Before They Got Snowed In

Both camps ran out of food quickly and resorted to desperate measures. There are a few things that we know they ate before finally resorting to cannibalism.

Trapped By The Elements

Unfortunately, the Donner-Reed party’s stay in the Sierra Nevada Mountains was longer than initially planned. They were trapped there for four months; between December 22nd, 1846, and April 16th, 1847. Of the 87 original members of the Donner-Reed party, only 48 survived. Many had died of starvation or exposure to harsh winter weather before they could be rescued.

A Sad Ending To A Historic Journey

The tragic story of the Donner Party has become part of California history and today serves as a reminder of how difficult it was for these settlers as they made their way westward. With the help of modern research and clues left by survivors, we now know the location of the Alder Creek winter camp. To learn more about this group of ill-fated pioneers and their experiences on the California Trail, please visit the California Trail Interpretive Center in Elko, NV.