People have been continuously camping at the City of Rocks in Idaho for several thousand years, which is impressive in itself. However, some of the rocks in City of Rocks have been in the same place for 2.5 billion (2,500,000,000) years! Like Independence Rock, City of Rocks is made of granite, but there are two separate granite plutons that form the many spires and blocks. Most of them are made of the 28 million year old Almo granite, but some are the 2.5 billion year old Green Creek complex. 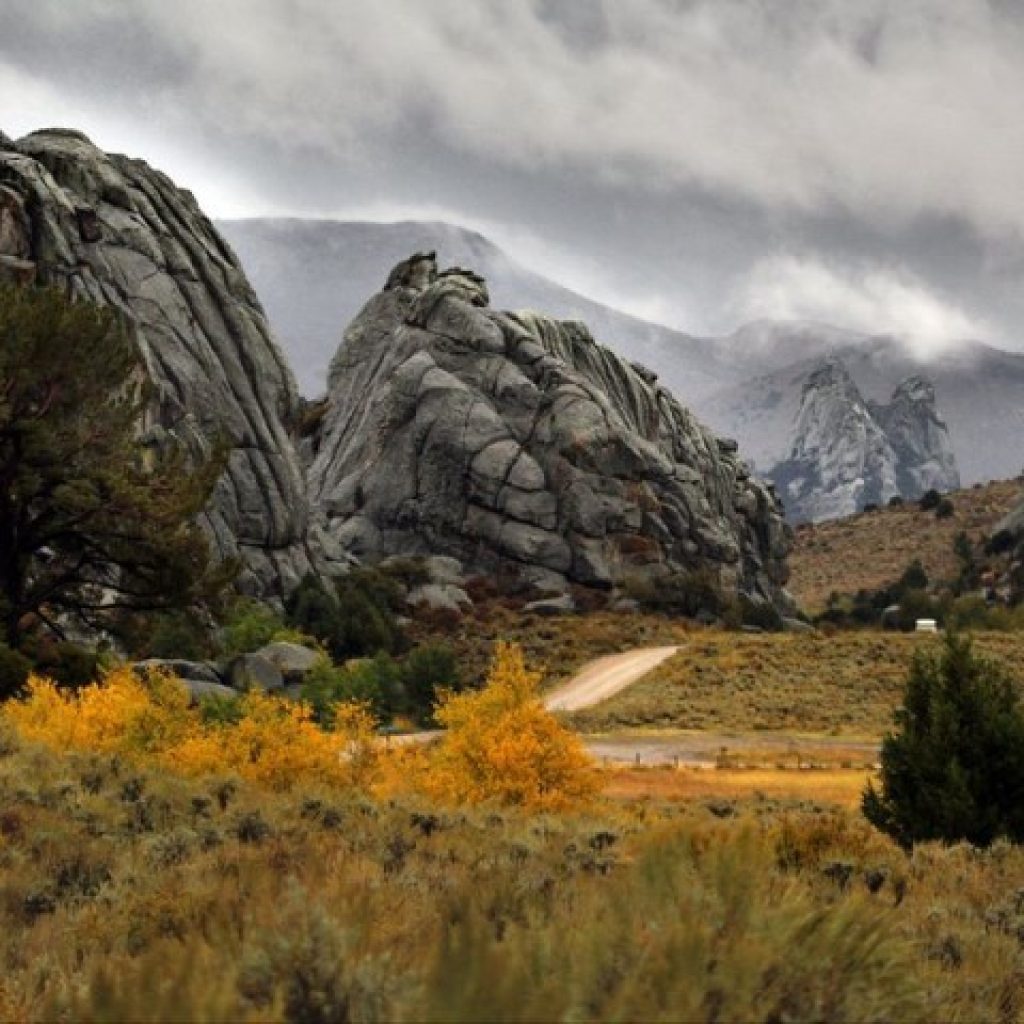 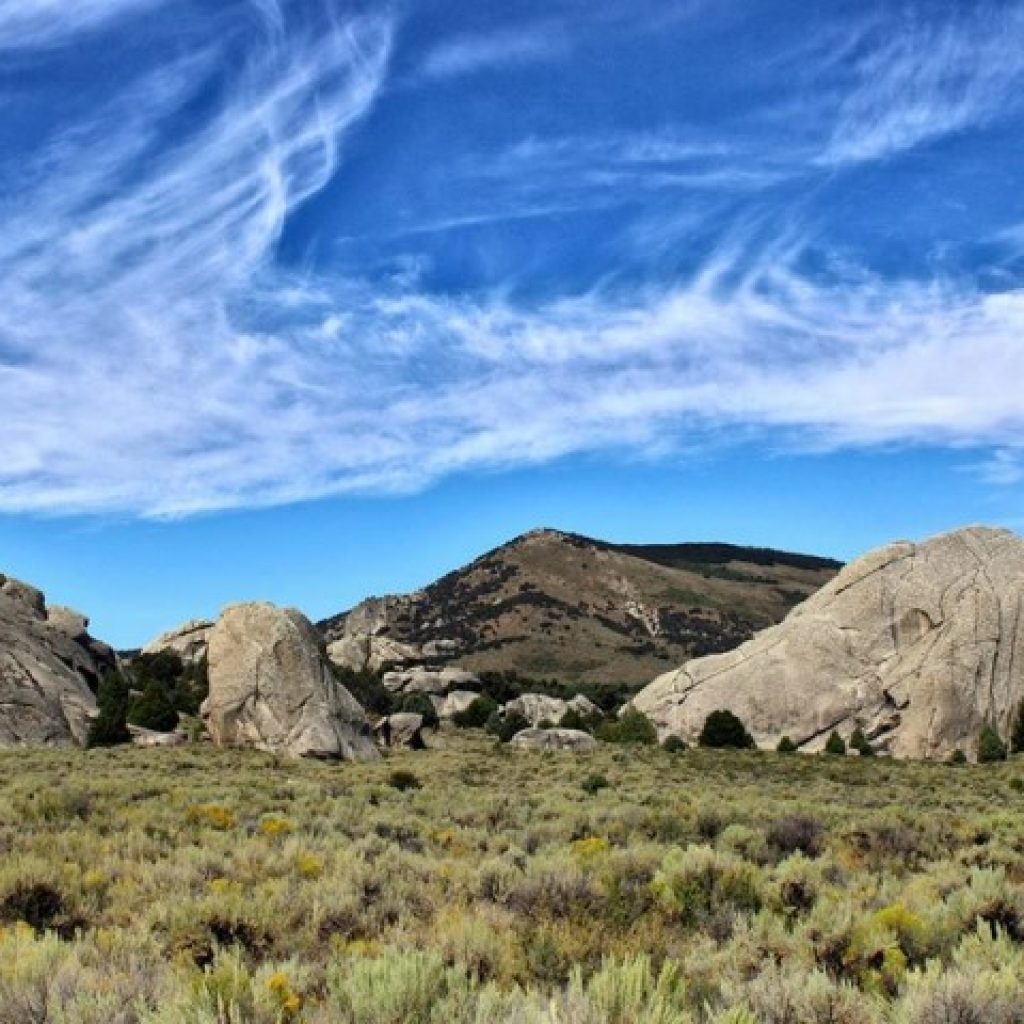 The strange rock formations are caused by a type of erosion called “exfoliation.” When granite cools underground, the hot molten rock contracts as it solidifies, and forms microscopic cracks called “joints.” When those joints are exposed to air, the granite breaks open along those lines, and chunks of it fall off with wind and rain, forming fantastical shapes.

City of Rocks marked the place where the trail started descending into desert country; from there, emigrants would drop down through Granite Pass into Nevada, or head north on the Applegate Trail to Oregon’s Willamette Valley. For many emigrants, it was the last time they would wax poetic about the scenery of the trail: the road through Nevada was hard, dry, hot, and dusty, and the capricious weather of the Sierra Nevadas loomed ahead.

To learn more about City of Rocks, you can visit https://www.nps.gov/ciro/index.htm.